How to execute command on a custom group of servers? or how do i create a list of servers where i would like to execute my command in parallel?

Mexec List feature lets you create your own custom grouping of servers and then  run your commands using Parallel Shell on it.

3. Login to the ssh backend interface and navigate to the multi-server menu and you would see the group 'my-kernel-update-list'. Hit enter

4. Enter the command uptime in the command line to get it executed across the server in the group 'my  kernel update list' 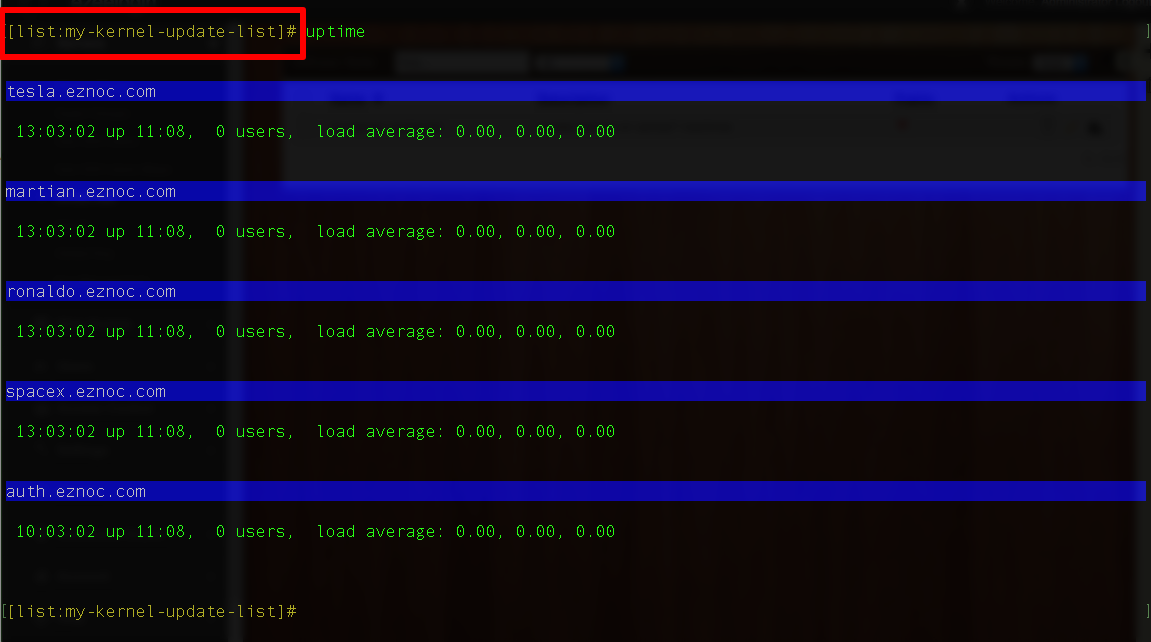 The mExec lists created would be viewable to other users only if the creator of the list decide to set it as public. If it is not set as public then the users will only be able to view normal server groups.

Did you find this article helpful?