Parallel Shell - How to use it?

Ensure that the ssh gateway user has been granted the privilege to use parallel shell. By default, its only available for the admin user alone and this privilege has to be granted explicitly to other users. Refer Grant Parallel Shell Privilege

To access the Parallel Shell, logon to the ezsh shell, and click on the shortcut  which is usually f7 or * to access the parallel shell in the backend (Help Menu in the ezsh shell). Once you have mexec group listing, navigate to the group of servers where you would like to execute the command. In the example, below  'All Servers' group has been selected. 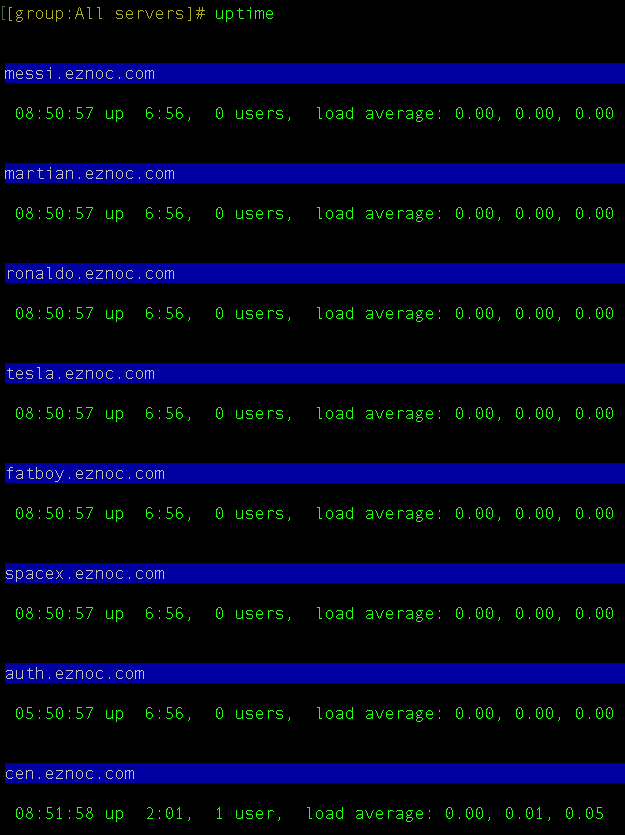 The mExec lists created would be viewable to other users only if the creator of the list decide to set it as public. If it is not set as public then the users will only be able to view normal server groups.

2 people found this article helpful what about you?